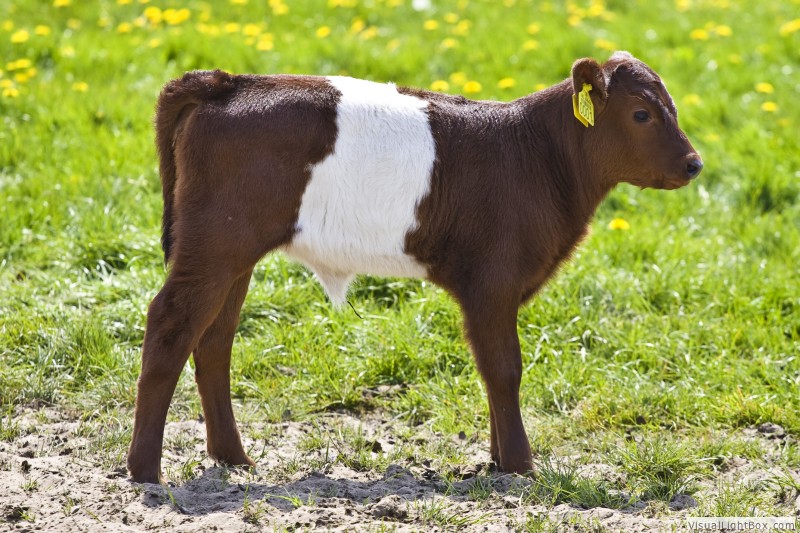 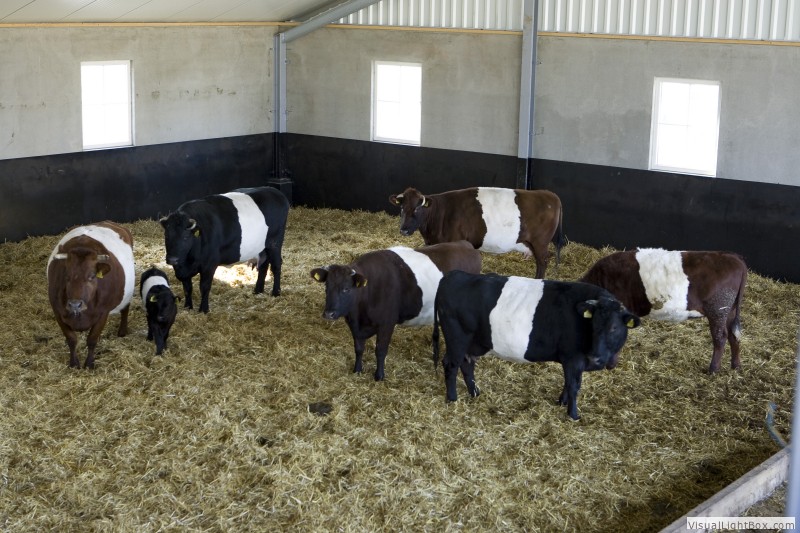 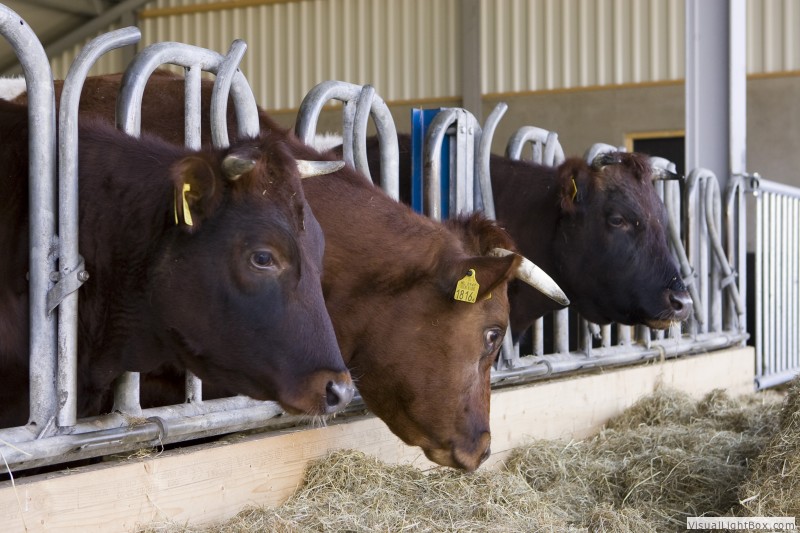 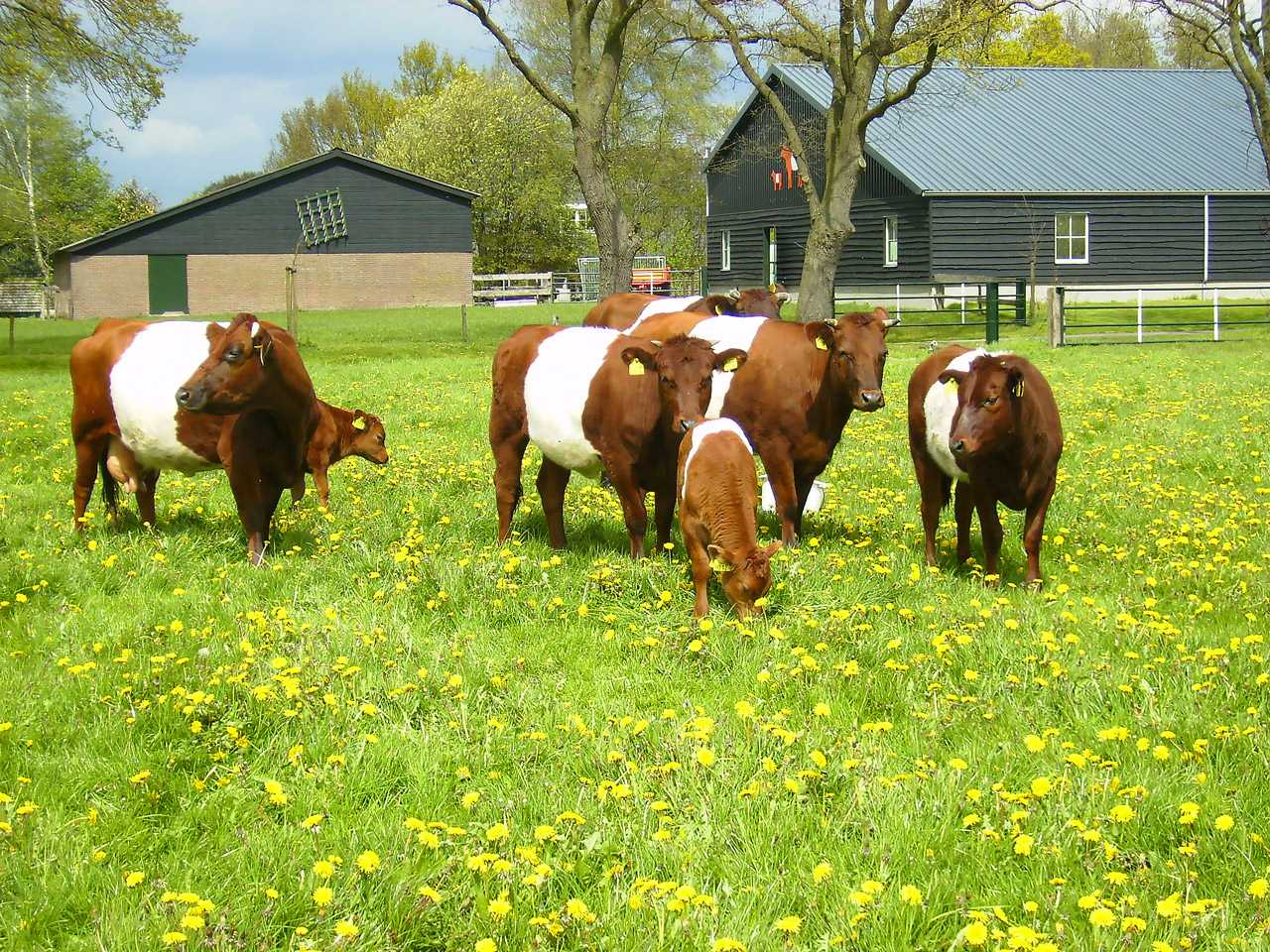 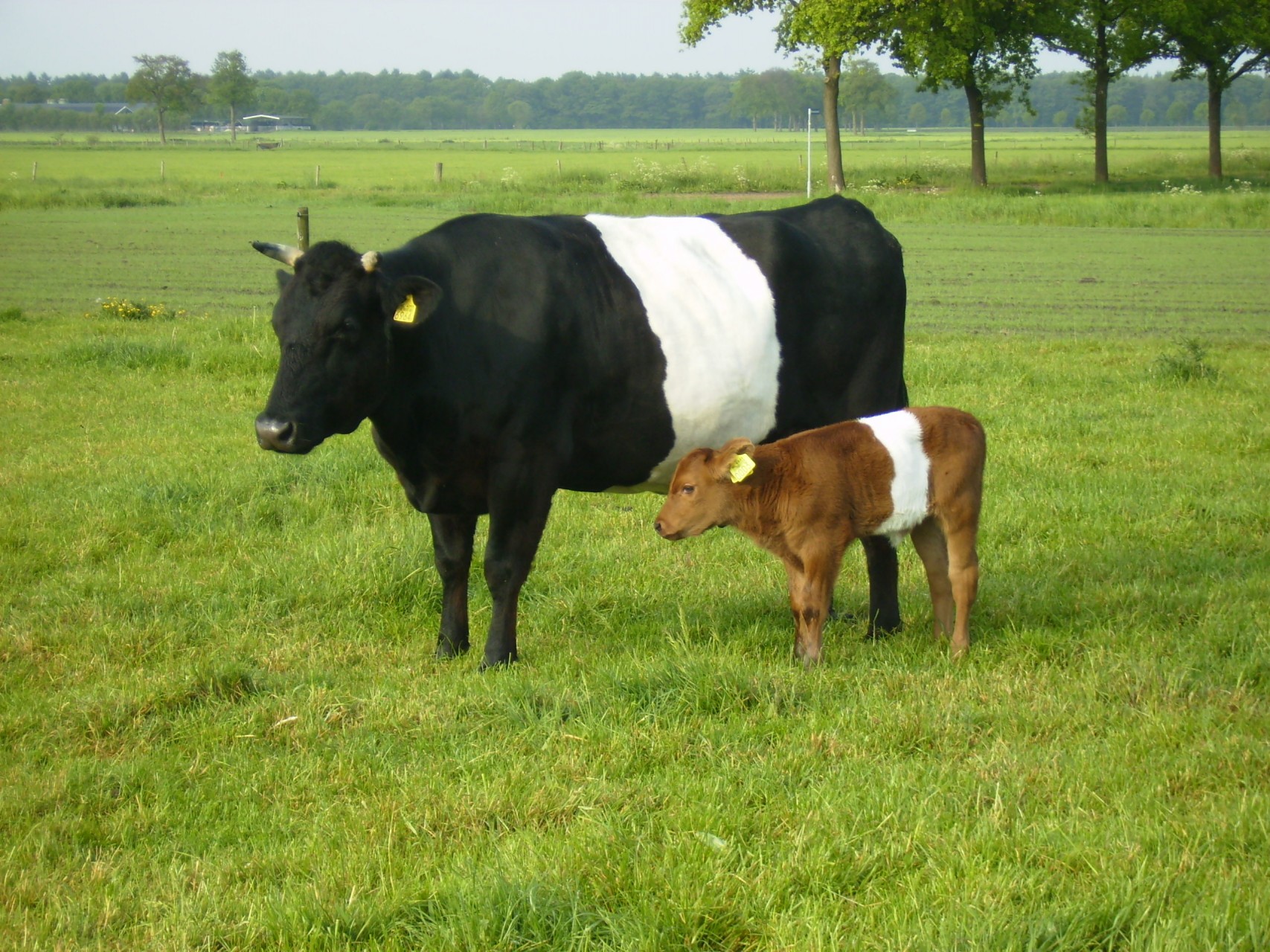 A special stay, with special company

Our farmstead is named after traditional Dutch cattle ‘de Lakenvelder’, meaning ‘the Dutch Belted’. A Dutch Belted does not have colored spots and is not monochromatic either as other cattle breeds. This cattle has a white band wrapped around the abdomen and back. Hence the name Lakenvelder as “laken” translated to a sheet or a drapery. Their looks give the Dutch Belted a striking and beautiful appearance in any landscape.

Its looks are not the only thing that makes the Dutch Belted special, as it is a race that dates back centuries. Writings have been found that lead back to the thirteenth century, in which the breeding cattle on their specific white band is described. This specifies that besides the continuous white sheet, no other white may appear, the cow has to have nice thin horns and featuring a distinct head. The revenues of the cattle were of less importance, some bred the Dutch Belted for meat, others for milk.

In the Middle Ages, the Dutch Belted was bred by many nobility for decorative purposes. This resulted in a nickname ‘Castle and Park Cattle’. Unfortunately, when the nobility went extinct, so did a big part of the Dutch Belted. Due to the specific selection on the appearance the cows were no match to production (milk and meat) bred cattle. Especially in the twentieth century the race went nearly to extinction. Breeding with a Dutch Belted Bull was even banned for sometime in the 50s, as they were not officially recognized. Working under the radar, some breeders preserved the race and thankfully we can still enjoy the sight of the Dutch Belted.

In recent years the Dutch Belted is becoming increasingly popular in the Netherlands, as they appear to have even more special qualities. The cattle can live very sober and frugal. Thus Dutch Belted do not required concentrates and can become relatively old. Many farmers have been surprised about the lean diet the cows lived by and still get pregnant. And while delivering a calf is giving many cows a hard time, the Dutch Belted seems little affected and rarely needs human interference. The calves are often born easy and drink readily. Additionally the Dutch Belted is a very likable cow, with a very friendly character. Which is the reason this race is kept on many petting zoo’s and care farms. This cattle belongs in an animal and farmer friendly way of farming.

The most unique feature of the Dutch Belted has not been mentioned yet. This breed has a very special meat structure and quality. Various taste tests have been performed in 1996, 2007 and 2010 and the Dutch Belted invariably came out on top. This is also the reason Slow Food the Netherlands has recognized the Dutch Belted first in its Ark of Taste. And, as strange as this may sound, by eating the beef of the Dutch Belted, you can contribute to the preservation of this unique breed. As the rule goes; more demand requires more beef, so more Dutch Belted cows. This way we’re adding value for the farmers and increasing interest to keep a Dutch Belted.

For breeding purposes it is also important to eat beef from the Dutch Belted. After birth each calf is checked whether it meets the varietal characteristics. Animals that do not hold up to the right feature become available for slaughter, after their first birthday. Animals that do meet all breed characteristics are getting recognized, will be registered by the National Foundation and can be used for breeding. All of this is to keep the special gene pool of the Dutch Belted as pure as possible. In the past 40 years the Netherlands has come from 100 animals in 1976 to 3,000 registered Belted Cows in 2015. At Homestead ‘de Lakenvelder’ we currently have 5 registered cows. These cows meet the highest demands of the race and have already delivered offspring with all the right features. We even have received the memorable “Best looking registered cow of the year” (aka Dutch Belted Miss Nederland) award, not just once, but with two of our ladies, in 2012 & 2016.

Welcome to Farmstead ‘the Lakenvelder’

By now you know a bit more of the race to what we named our farmstead. This will make a stay at our homestead even more enjoyable, as you will be surrounded by these magnificent cows. Preservation of Dutch cultural heritage can be done in many ways; we choose to do so by sustainable, organic farming.

If you have any questions about this special breed, do not hesitate to ask us at any time.
Welcome at Homestead ‘the Lakenvelder’.